Home Fitness In A Country Where 1 Out Of 5 Women Suffer From Obesity... 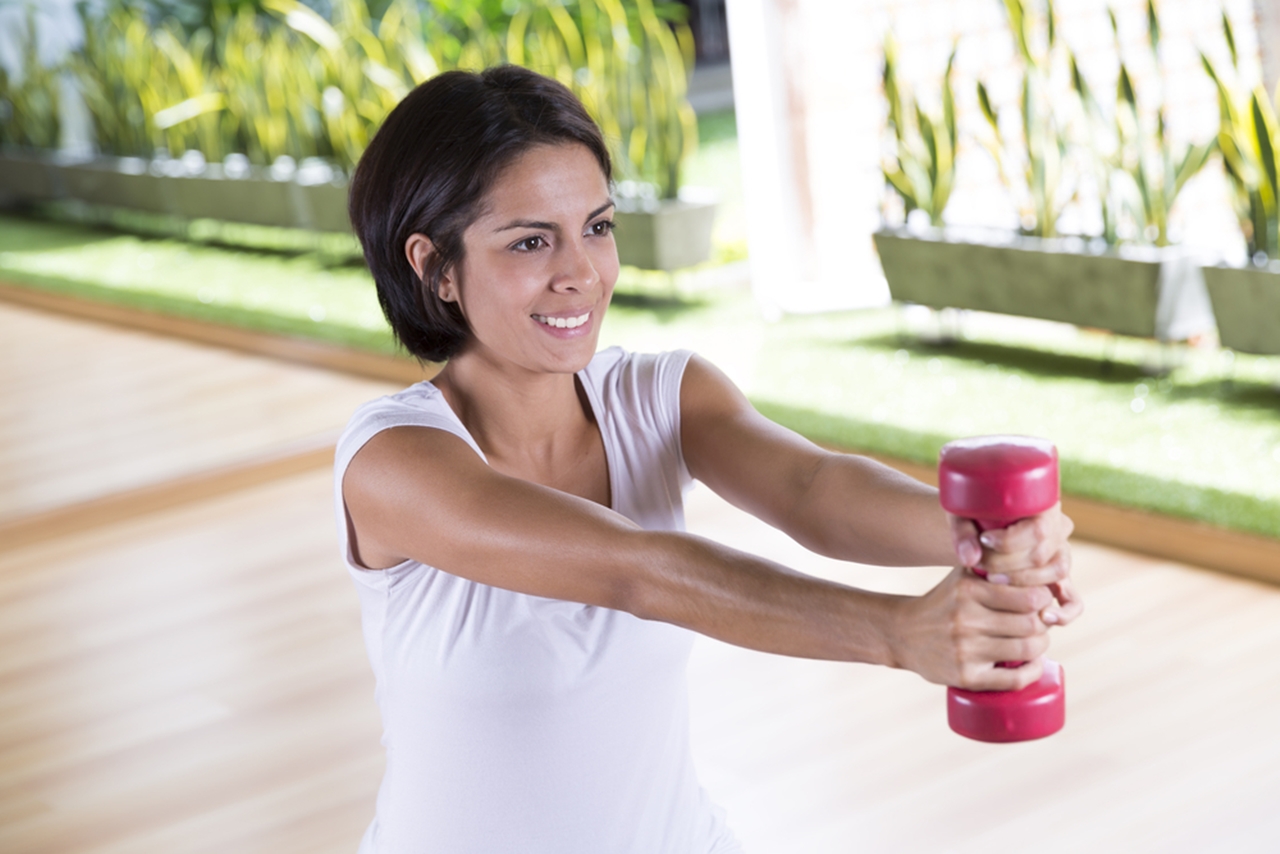 At The Heart of Indian Women’s Obesity Epidemic

Multiple studies have suggested that sedentary lifestyle, haywire diet, lack of awareness and a complete lack of activity are the main culprits of causing obesity in the general population but when it comes to women, they are fighting a war on two fronts. Apart from the external factors such as their lifestyle, factors such as postpartum weight gain, hormonal changes, and, PCOS are some of the key factors which play a role in weight gain for women. Indian women also tend to put their families above all else including their own health. Add to this the fact that most Indians still consider gym to be a luxury and you have the perfect set up for an obesity epidemic.

The Man With A Plan

Most of us would probably have looked at these reports, nodded our heads and carried on with our daily lives with the usual “Is desh ka kuch nahi ho sakta” look. Not Mr Talavou F. Alailima, the Chairman of Power World Gyms chain, one of the largest international gym chains in the country with 40 operational gyms across Delhi NCR and Bangalore.

With over two decades of experience in the fitness industry, Mr Talavou has studied the situation in India very closely and he has made a few observations. Says Mr Talavou Alailima, “I have found that there are two key reasons preventing women from pursuing fitness in India – affordability and a general stigma attached with women going to the gym – I want to address both!” With this in mind, Mr Talavou Alailima launched the first of its kind initiative called #FitWomanFitIndia in Bangalore this July and it’s already off to a flying start.

The #FitWomanFitIndia initiative is a unique movement through which Power World Gyms wants to make its resources available to any woman who may be interested. This includes access to a wide array of state-of-the-art equipment as well as the master trainers of the Power World Gyms. The membership fee? PAY WHATEVER YOU WANT! Yes, you read that right and this is exactly the proposition which makes the whole program so unique and revolutionary!

Between 10 am to 1 pm, Monday to Saturday, Power World Gyms is inviting all the women folk to walk into any of their 20 Power World Gyms centers in Bangalore. They can literally pay whatever they want to pay and workout at the gym. All of them would be treated at par with full-time Power World Gyms members and will receive attentive training from the fitness trainers.

Encouraged by the success of the now viral campaign which was started by the Minister of State for Information and Broadcasting, Col.(Retd) Rajyavardhan Singh Rathore and which received a massive response across the country, Mr Talavou Alailima is confident that #FitWomanFitIndia too would be able to bring a positive change in the world of fitness. Adds Mr John, “In fact, we have already started seeing a good response across our centres in the first month of the movement itself! We are confident that more people will join this movement in coming days.”

Not Just About Women’s Health

While the primary target for #FitWomanFitIndia initiative remains equipping the nation’s womenfolk to lead a healthy life, the overall goal is bigger than only that. According to Mr Talavou, the #FitWomanFitIndia initiative is a step towards fulfilling Power World Gyms’ mission statement which is “To extend lives, restore good health and enhance physical fitness levels of members so as to nurture them to have a devoted heart, a purposeful soul and a courageous mind.” In line with this mission statement, every single penny raised through this initiative will be collected in a special box called the “Impact Fund” which will then be used to give back to the community in the form of a CSR initiative at the center level. The CSR initiative itself will be decided by the participating members and the respective center’s own team.

Mr Talavou Alailima pioneered the Sri Lankan fitness industry with his chain of “Power World” Fitness Centres (1994), “Edge” Sports Nutrition Supplements (2005), and “Lion Warrior” Sports High-performance program (2008). He is a US qualified Strength Training and Sports Nutrition Consultant, educated at Franklin & Marshall College in Pennsylvania USA, and holds a Master of Sports Management degree from the IE Business School in Madrid, Spain. In 2009, he contributed substantially to the “Manual of Sports Medicine” published by the Colombo Medical Faculty. He is an NCAA All American Athlete, South Asian Games Medallist, and the former Sri Lanka record holder for Shot Put and Discus events.

He was the Sports Nutrition and Strength training consultant for many national level clubs, school teams and champion athletes for the past 22 years. As a member of the Sri Lanka National Sports Council, and the founder and President of the Association of National Track and Field Athletes (ANTFA), he has influenced sports and impacted fitness in Sri Lanka in a unique and profound manner

For a very long time, health and fitness has been one of the most neglected aspects in India. Even more so when it comes to women. However, thanks to social media and the various initiatives launched by the government, there’s a renewed conversation about health and fitness in general across the country. We hope that this unique and praise-worthy initiative launched by Power World Gyms will bring out a widespread participation across the city. We wish the Power World Gyms team all the very best! Want to join? Contact Ms Usha via WhatsApp at 7625039627 or drop her an email at Usha.John@powerworldgyms.in