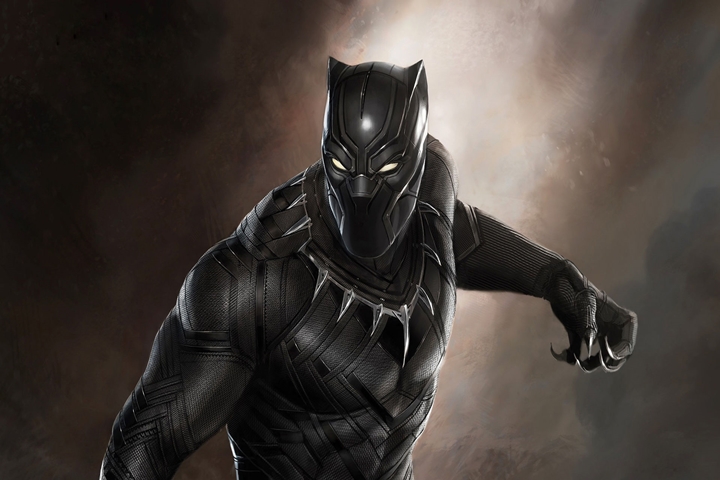 After giving us a string of superhero movies like Thor, Iron-Man, Spider-Man, Ant-Man, Avengers among others, Marvel Studios is all set to add Black Panther to its star-studded galaxy. Set in the fictitious African country called Wakanda, the new film, as well as the character of Black Panther, are revolutionary as the first Marvel superhero film that features a superhero of African descent!

The revolution will be live. #Repost @marvel ??? Long live the king. Watch the new trailer for Marvel Studios’ #BlackPanther. In theaters February 16! Watch the full thing: [link in bio]

First appearing as a movie character in Captain America: Civil War (2016), we watched as Chadwick Boseman held us enthralled by his performance as T’Challa aka Black Panther amidst much hooting and cheering by the cinemagoers. Now that Black Panther is all set to get his own film, clearly there are a lot of expectations riding on the lead actor. But performance pressure hasn’t stopped Chadwick Boseman from joining the league of Chris Hemsworth and Chris Evans with his seriously shredded physique! So what is the secret of his ultra-human body transformation? Let’s have a look!

Making of A Wakandan King

The time has come. ?? #TONIGHT #BLACKPANTHER

Black Panther isn’t Chadwick Boseman’s first physically demanding role. In fact, the 40-year-old actor was also seen essaying the role of American professional baseball player Jackie Robinson. For that role, Boseman underwent a gruelling and authentic training regimen in baseball which required him to train twice a day regularly for 90+ days straight up. So what did he do different this time around?

Well, for most parts, Boseman has remained secretive about his workout regime. However, through some intense digging around, including consulting our own in-house experts, we have a fair idea about the gruelling training regime Boseman has undergone for his  film!

You may also be interested in: Couple Fitness Goals: The Twist in Amar-Aditi’s Story

One of the secrets we have uncovered is that the training regime definitely involves a lot of strength and flexibility training. Some of the workouts would include brutal circuit training sessions with compound workouts such as bench presses and its variations, deadlifts, squats and cable rows among others. All the exercises would probably utilize heavy weights but relatively fewer reps to promote the growth of lean muscles mass.

Workout Chart To Get A Body Like Chadwick Boseman

“The purpose of training is to tighten up the slack, toughen the body, and polish the spirit.” – Morihei Ueshiba #blackpanther #bts #fma #sanucesryu ?: @realaddison ??: @marresecrump

It would be interesting to recall that Matt Damon too underwent an intense training in Kali as the lead actor portraying Jason Bourne (can you recall that insane knife/towel bathroom fight scene from Bourne Ultimatum yet?) If this is true, perhaps you can look forward to some absolutely gorgeous fight scenes in Black Panther too!

You may also be interested in: How PV Sindhu Aces Her Diet And Fitness Regimen To Be The Best

We have said this before and we will say this again! No matter how hard you train, your body won’t show signs of transformation till you give it the right food. Chadwick Boseman knows this, which is why diet remained his primary focus, even as he went all out on his physical training.

In fact, in a recent interview, Boseman admitted that he was following a strict diet plan which fluctuated from being protein heavy to carbs heavy. To decode Boseman’s diet plan, we took the help of Gympik’s own dietitian Sujetha Shetty, who has herself designed many such transformation plans for her clients.

Sujetha Says, “Given the heavy duty workout routine, the initial diet plan would have to be protein rich. In fact, the ratio of proteins, carbs and healthy fat would be more or less look like 50:20:30 respectively including a lot of red meat, fish and egg whites.”  The reason for this protein heavy diet is to help the body develop muscles during the initial stages. More vegetables were probably added towards the end to boost the carbohydrate intake and balance out the diet plan.

Congrats to #TaNehisiCoates on #BlackPanther #2.

Besides training his body, Chadwick Boseman also trained his mind to play the role of T’Challa aka The Black Panther. Boseman himself admitted that he read as many Black Panther comics as he could lay his hands to understand the character better. In fact, he has even been practising the unique Wakandan accent to the point of perfection. His mastery of the accent is so perfect, one can barely tell that this ‘King of Wakanda’ was actually born in Anderson, South Carolina in US of A! Well, given everything we have figured so far, it is no doubt that Chadwick Boseman has put his heart and soul into this latest offering by Marvel Studios. So, will it satisfy the demanding soul of the average Marvel fan? Let’s wait and watch! Till then…Wakanda Zindabad!

Disclaimer: The content in this article is purely research-based. We do not claim that the celebrity still follows the same fitness regime.