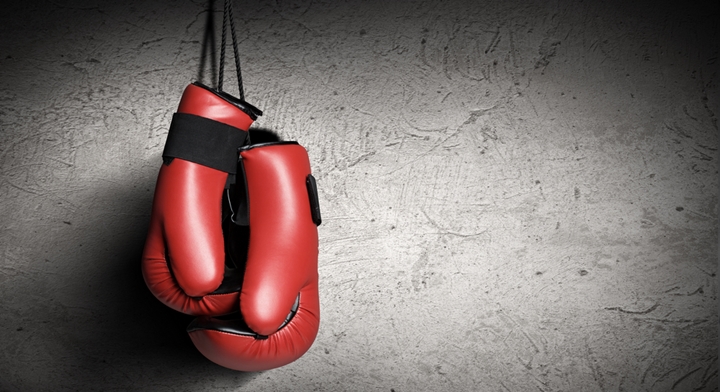 We all agree that going to the gym is awesome! Not only does pumping iron feel good for your body but working out can be therapeutic for your soul as well! But there are times when even the most hardcore gym goer needs some solid motivation. What better way to be motivated than watching your heroes mouthing unforgettable lines that not just boost your morale but give you enough pump that you feel like dropping down and doing 50 push-ups right away. So ready for some undiluted badassery? Here we go:

Remember those days when you felt so unmotivated, you didn’t want to workout? Perhaps it was something at work or home or perhaps it was because you are not seeing enough gains. Well, next time you hit an iceberg remember this dialogue from our favourite film of all times, Rocky 6. We bet you would want to hit the gym right after!

You may have heard of Cassius Clay Junior, more famously known as Muhammad Ali was the living boxing legend of all times. Muhammad Ali’s other catchphrase “float like a butterfly, sting like a bee” is still one of the most iconic quotes ever. Well, this dialogue is out of his biopic where Will Smith dons the shoes of the iconic boxes. Perfectly summing up why you need to work hard and mind your carbs when the rest of humanity can go and party, this dialogue will keep the fire burning in your belly.

This is not even a fitness or a sports movie but this dialogue more or less sums up what each fitness enthusiast has gone through at some point in their lives. A poignant scene from the war film Pearl Harbor, this is the summary of what we have all been told at some point in our lives – that we cannot do it. That we are too fat, too thin, too weak to do something and perhaps to those people we owe our success because those were the words that made us work twice as hard and take what is ours. Tell us we can’t do it and we will work twice as hard and do it over and over again. Stand up to naysayers, that’s what sets us apart!

Ever injured yourself or suffered a tragedy that forced you to take a long break? Just remember this dialogue from one of the greatest movies of all times and not just in the gym but in life as well! After every fall learn to pick yourself up and keep marching on. That’s how winners are made! After all, if this dialogue is good enough for Batman, it’s good enough for you!

Coach Carter is widely regarded as one of the best basketball films of all time and this dialogue stands out for it’s poignance. Very often in our lives, we are just happy with what we have. We dare not reach out. If we can run 10 kilometers in under an hour, most of would be content with just that but a few would want to challenge that and that is how records are made.

This line from one of the most revered sci-fi saga, Star Wars is as true for you as it was for our hero, Luke Skywalker. Even experts agree that body transformation is not easy. Just like Rome, your body too cannot be made in a day or even a month’s time. You require perseverance, iron clad discipline and as Master Yoda says, tons and tons of patience. So toil hard and leave the weighing scale at home!

There are few films which have a cult status as strong as Fight Club! And while the 90s blockbuster has many memorable dialogues, we feel this dialogue is really apt for a lot of gym goers.  Think of it this way, every time you do an extra rep or an extra set or even step into the gym, you are fighting against your old habits and building a better you. If you had given up the fight without even stepping into the ring, can you even imagine being where you are? Exactly! How indeed can you know about yourself if you have never been in a fight?

If you want to be inspired, there are few films that motivate you as much as Mel Gibson’s Braveheart! While the movie itself is set in 13th century, some of the dialogues are very relevant for fitness buffs. This is one such dialogue. While all of us want to look great and be admired, the fact is that only a few of us take it upon themselves to follow our heart. But those of us who have the courage and discipline to follow it are rewarded in the best ways possible!

Based on the true story about the performance of the United States men’s ice hockey in the winter olympics, 1980, this is one of the greatest dialogues ever spoken. As coach Herb Brooks motivates his team, this dialogue os relevant for anyone who wants to make the best of a given opportunity. Grab the opportunity, turn it onto your great moment!

Know of any more  badass dialogues that can be added to this list? Leave a comment below. Till then, stay fit and stay happy!